N Workshop has been a unique opportunity to bring together the contributions of researchers from all over the world.

Agro-food systems are fuelled by nitrogen. About 80% of this valuable resource is lost to the environment before reaching our plates. We refer to this loss as nitrogen waste.

The XXI International N Workshop will contribute to this challenge by welcoming contributions dealing with different spatial scales (from the plot to global) and system scopes (crop, livestock, agroforestry, forestry, urban and agro-food systems). We will discuss these communications allocated in five regular- and four special sessions, together with eight interesting keynotes and two roundtables during five exciting days in October 2022 in Madrid, Spain.

Despite the uncertainties associated with the pandemic, we will do our best to host this meeting in Madrid. We will update this website in early 2022, confirming the dates and other details.

Anyhow, we encourage you to start thinking about your contributions to this vibrant scientific event.

We are very grateful to the attendees from 40 countries presenting 300 scientific communications.

The Book of Abstracts includes a great summary of the science presented in Madrid. Several Special Issues will consolidate some of this knowledge. The rich convergent or complementary conclusions obtained at different scales and with different methodologies reinforce the benefit of integrating diverse spatial and system scales within the same meeting sessions, as well as dedicating special sessions to policy and social science approaches. We now know that a wide range of measures can reduce N losses, that halving these losses requires both technical and structural changes and that the benefits outweigh the costs. 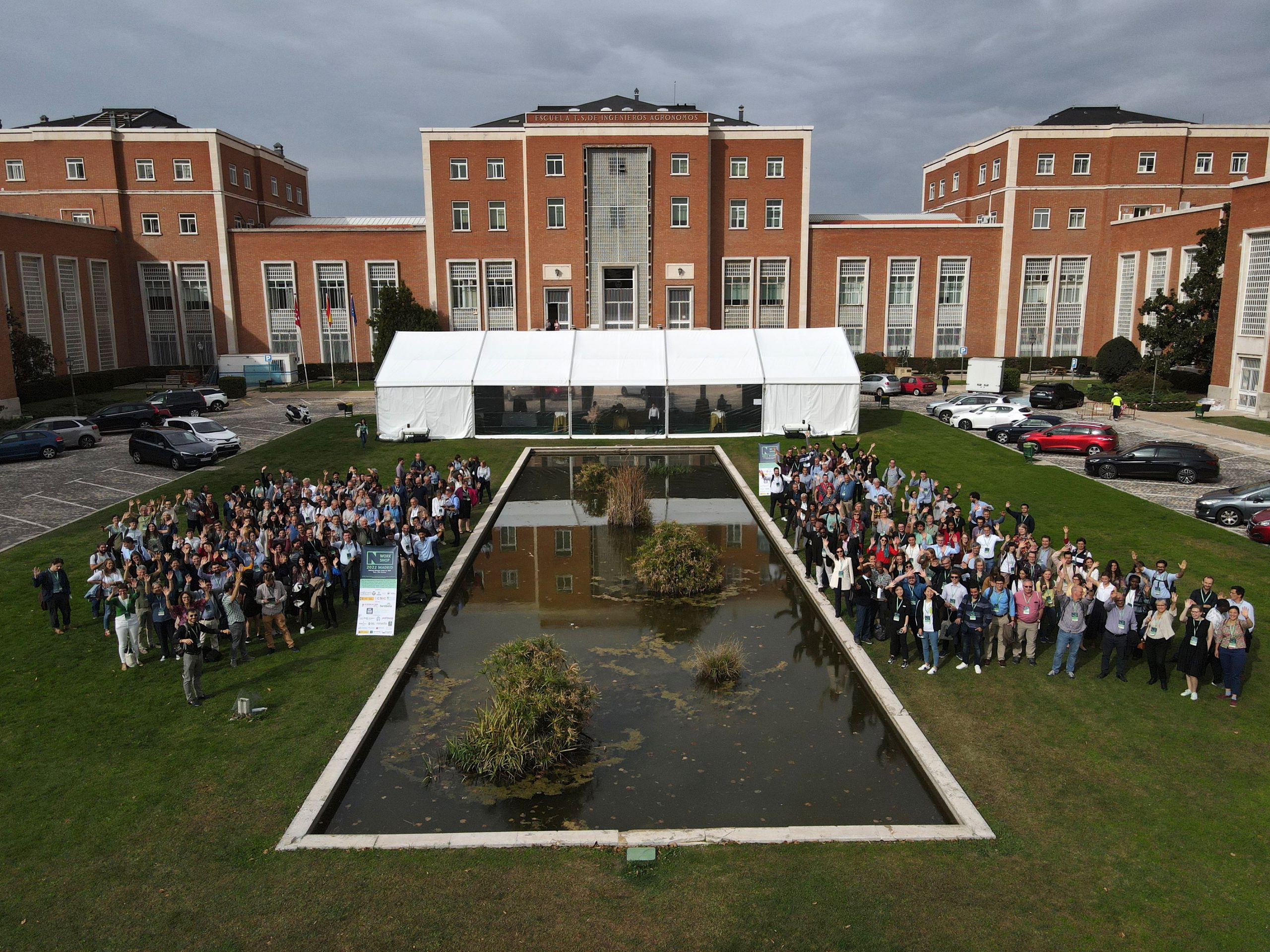 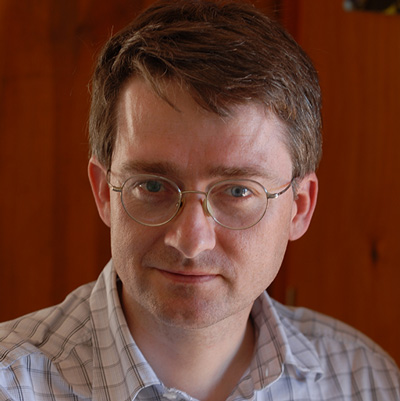 Professor Mark Sutton is an environmental physicist based at the UK Centre for Ecology & Hydrology (UKCEH), in Edinburgh. An expert on atmospheric ammonia, he leads international research activities on nitrogen at the science–policy interface.

Professor Sutton is also a co-chair of the UNECE Task Force on Reactive Nitrogen (TFRN) and vice chair of the Global Partnership on Nutrient Management (GPMN). 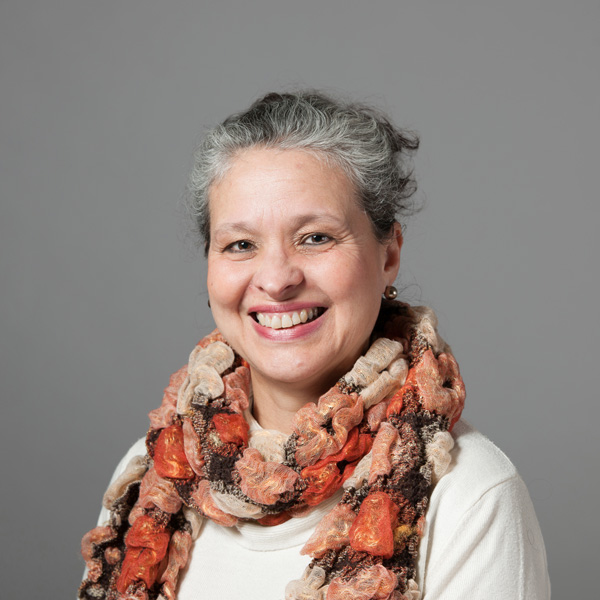 Dr Laura Cardenas (LC) is a Senior Research Scientist at Rothamsted Research with expertise in nitrogen (N) cycle in agricultural systems; investigating mechanisms leading to environmental losses to air and water and the controlling factors affecting N cycling in soils.

She is also an inventory compiler of the UK GHG inventory and an Inventory Expert Reviewer for the UNFCCC. 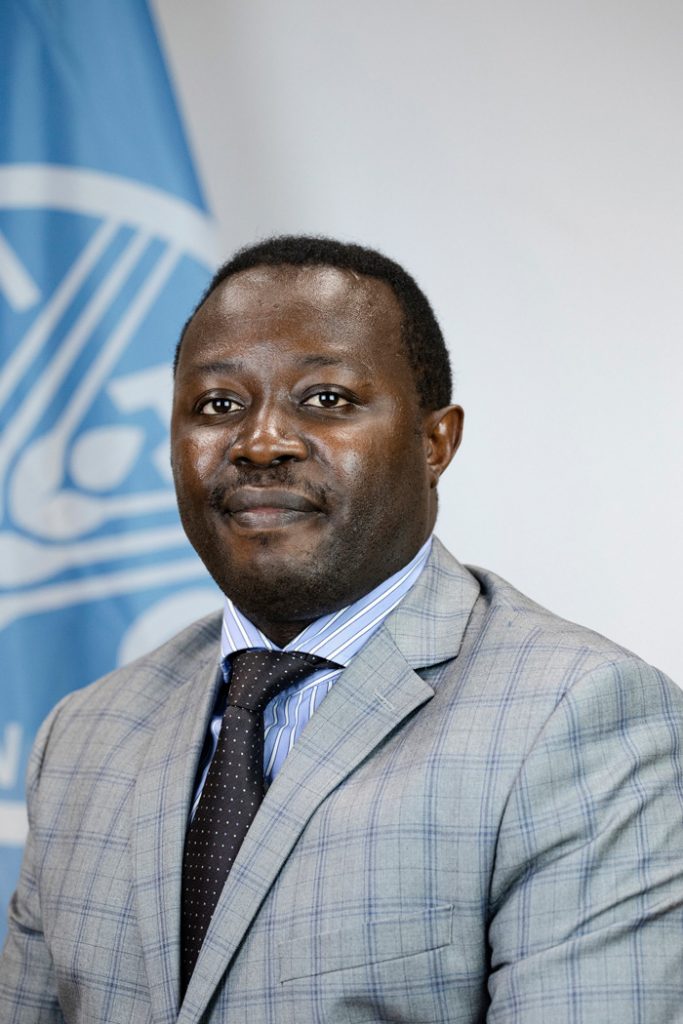 Dr Aimable Uwizeye is interested in global change towards sustainable agri-food systems focusing on the modelling of nitrogen flows and greenhouse gas emissions, and design of alternative futures of livestock systems.

He is a Livestock Policy Officer at the Food and Agriculture Organization of the United Nations (FAO). He has experiences in livestock development, one health and environmental assessment.

He leads a programme aiming at improving the sustainability of livestock systems, while considering its vulnerability to climate change, reducing its environmental impacts and addressing food security.

He holds a doctorate in Veterinary Medicine, a double master's degree in Sustainable Development in Agriculture and a PhD in Global Animal Production systems from Wageningen University and Research (NL). 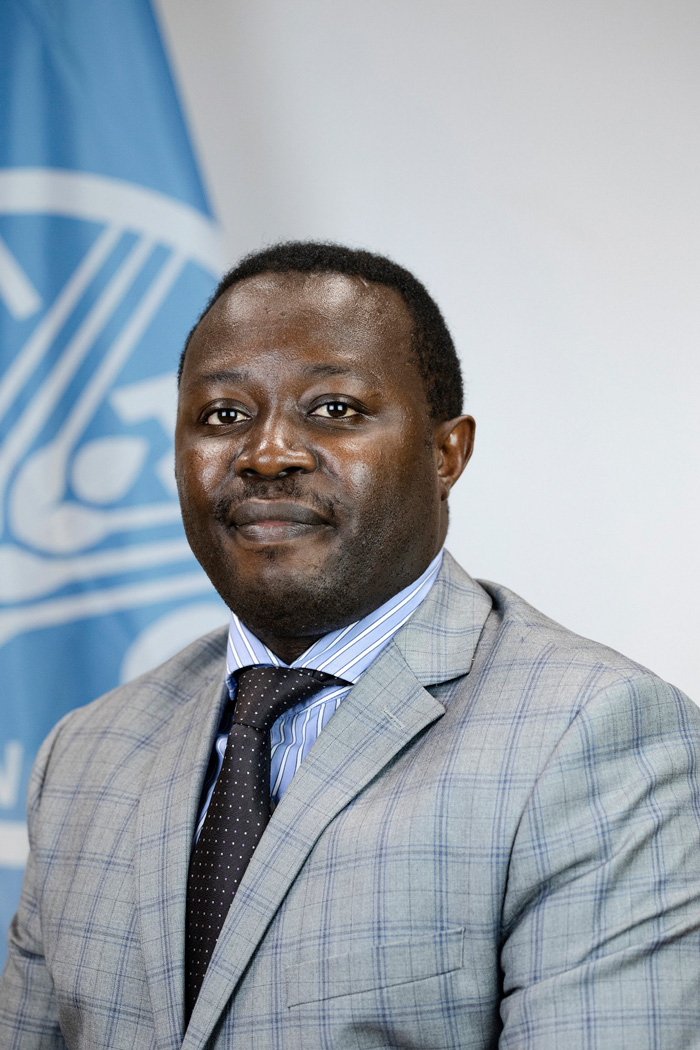 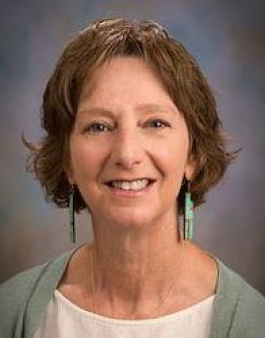 Jill S. Baron is a Senior Scientist with the U.S. Geological Survey, specializing in ecosystem ecology. Her interests include applying ecosystem concepts to management of human-dominated regions, and understanding the biogeochemical and ecological effects of climate change and atmospheric deposition on mountain ecosystems.

Since 2017 she has served on the project management board of the International Nitrogen Management System, a program that brings together the science community, the private sector and civil society to gather and synthesize evidence that can support international policy development to improve global nitrogen management.

Baron is founder and Co-Director of the John Wesley Powell Center for Earth System Science Analysis and Synthesis. She is also founder and Principal Investigator of the Loch Vale Watershed long-term monitoring and research program in Rocky Mountain National Park, which, since 1983, seeks to understand the ecological and biogeochemical implications of atmospheric deposition and climate change. 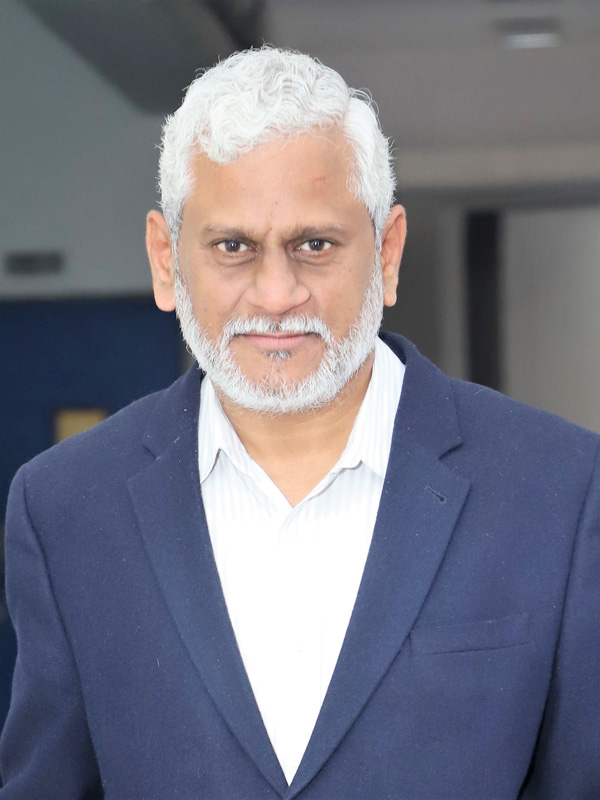 Nandula Raghuram is a Professor and former Dean of Biotechnology at Guru Gobind Singh Indraprastha University, New Delhi and the Chair of International Nitrogen Initiative

Prof. Raghuram’s main research goal is in crop improvement for nitrogen use effficiency (NUE). His research focus is on the functional biology and biotechnology of crop N use efficiency in rice, apart from its broader environmental aspects and policy. His group discovered the phenotype for NUE in rice and is shortlisting candidate genes for NUE improvement.

Raghuram co-founded the Indian Nitrogen Group and co-led the Indian Nitrogen Assessment and is currently involved in South Asian and International Nitrogen Assessments. He facilitated the first ever UN resolution on 'Sustainable Nitrogen Management' at UNEA4 and is currently a member of the Indian govt's inter-ministerial committee for its implementation. He has also been Editor in Chief of the international journal Physiology and Molecular Biology of Plants and Guest Editor for Frontiers in Plant Science, Environmental Research Letters and Environmental Research Communications. 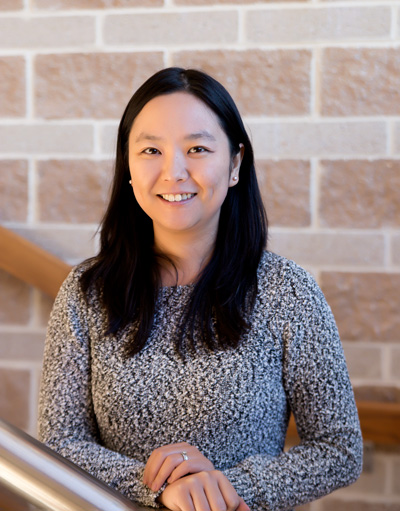 Xin Zhang is an Associate Professor at the University of Maryland Center for Environmental Science.

She holds a Ph.D. in environmental science from Yale University and held a post-doctoral position at Princeton School of Public and International Affairs.

The goal of Xin’s research is to evaluate how socioeconomic and biogeochemical processes affect the global nutrient cycle and the sustainability of agricultural production and, in turn, provide policy input on mitigating nutrient pollution while meeting global food and biofuel demands. 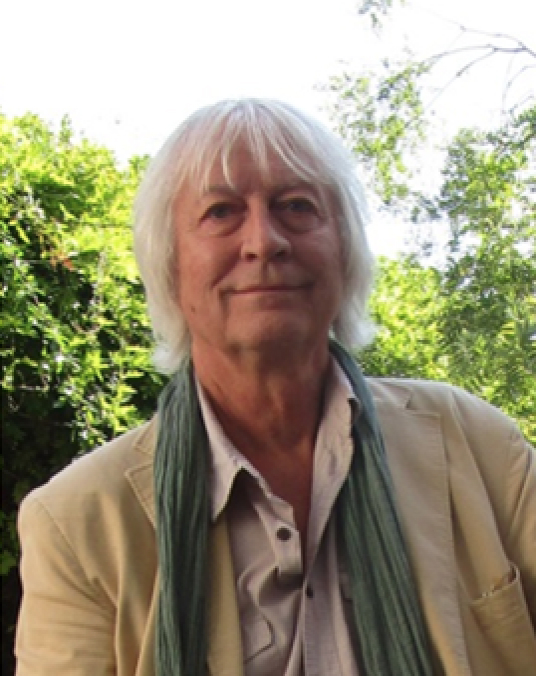 Gilles Billen got his PhD at the Free University of Brussels in 1976, where he later headed the Group of Aquatic Environmental Microbiology for 15 years.

He was mostly active in studying microbial processes in estuarine and marine areas, in connection with the cycles of carbon and nutrients. In 1997, he moved to Paris, and joined the CNRS, for taking, until 2007, the direction of the National Research Program on the Seine river (PIREN-Seine). He played a leading role in the development of biogeochemical modelling tools, aimed at testing scenarios for water resources management.

He also participated in various international forums, such as the SCOPE-UNESCO Global NEWS program and the NinE (Nitrogen in Europe) ESF Network, and participated to the editorial team of the European Nitrogen Assessment.

He is now conducting interdisciplinary research on agro-food systems, developing, among other things, future scenarios for feeding France, Europe and the World with agro-ecological agriculture using no synthetic fertilizers and pesticides. 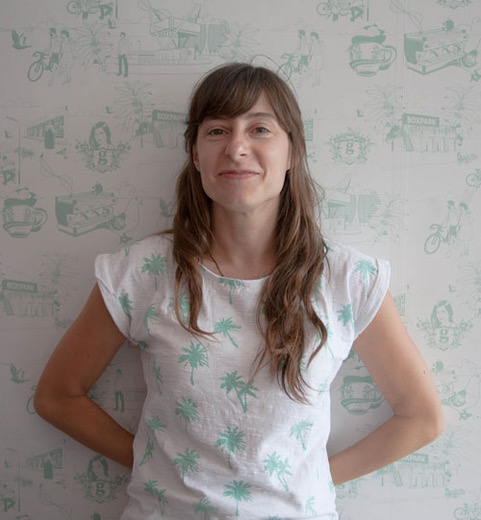 Dr Estela Romero is an ecologist interested in the impact of human activities on organisms and processes in aquatic environments. She studied Environmental Sciences and specialized in Marine Ecology during her PhD. She has worked in research institutions in Spain, the UK and France, and on projects concerning terrestrial, marine and freshwater issues.

The global dimension of the biogeochemical cycles and their unique role in linking terrestrial and marine systems has become the main focus of her current research work. In particular, Dr Romero addresses the question of how global challenges related to water and food security will affect the biogeochemical fluxes of N and P along the aquatic continuum and the impacts this may have on freshwater and marine communities.

In addition to oral communications and posters presentations

Costs and benefits of halving N waste by 2030

N and circular economy. The role of affected stakeholders

Contributions dealing with crops, grasslands and forests considering the soil and the plants growing in it as an integrated system

Contributions dealing with the animal production only considering feed production (e.g., from pasture or crop) as a separate system providing nutrient inputs

Contributions considering human activities and the terrestrial ecosystem as an integrated system. N issues in urban systems are also welcome.

The regular sessions are structured following a system’s scale organization (Zhang et al. 2020). Each contribution will be welcome to the session corresponding to the system scale of the study independently of the spatial scale (from plot to global).

Want more information or have a suggestion?

Feel free to text us for more information or make any suggestion, and we will get in touch as soon as possible. 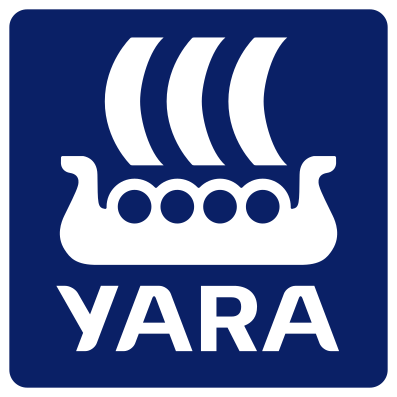 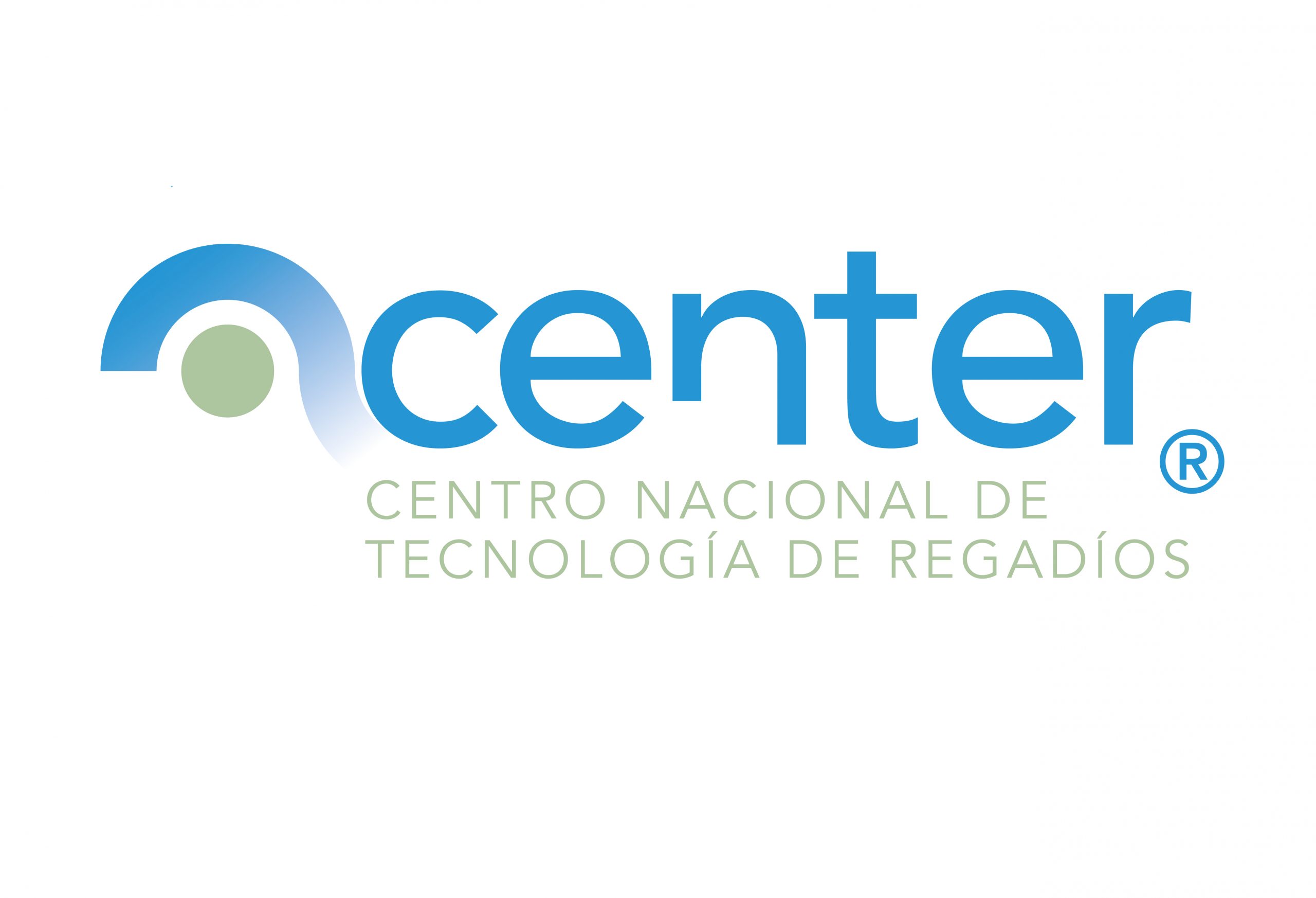 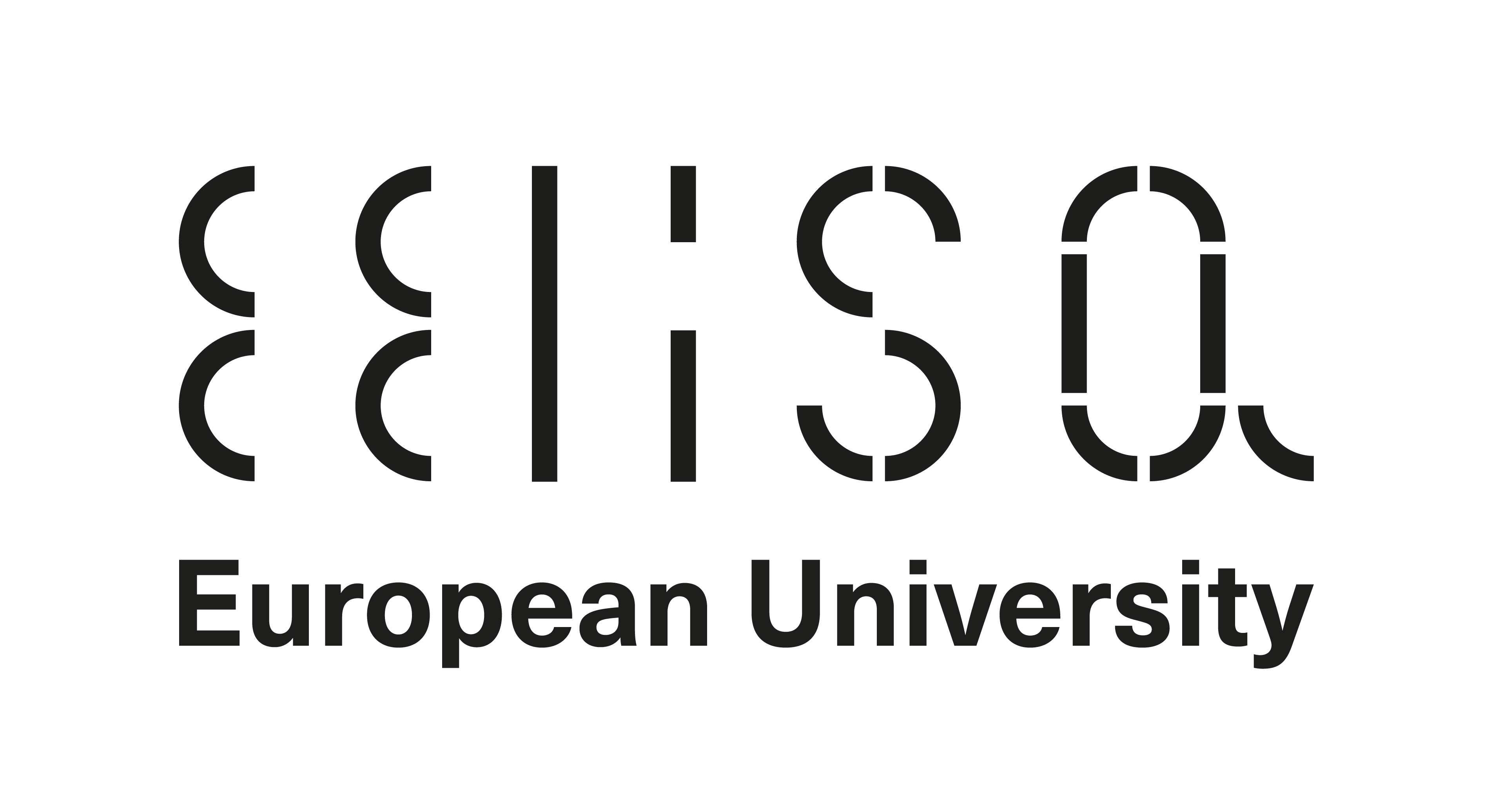 We are doing our best to host the N Workshop in Madrid in fall 2022 and we really wish this will be a scientific event where again we could meet in person and discuss about N science.
Confirmed dates 24th - 28th October 2022, Madrid

The Organizing Committee aims to minimize the environmental impacts of the workshop and both N and C footprints will be calculated afterwards.

We encourage an "in-person" attendance but facilitating a remote connection to key activities during the workshop. Seeing how volatile are these times, all scenarios should be considered now, even a new delay if the sanitary situation does not allow a minimum in-person attendance.